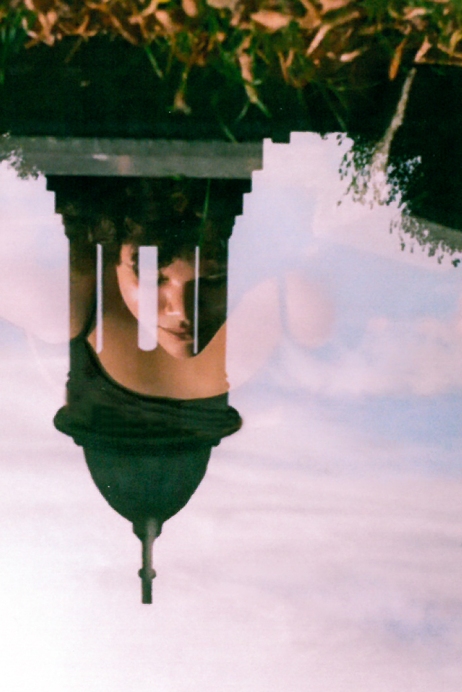 (Photo of Amy Leon, taken by me)

The soul is pictured by most to be an ethereal floaty thing that lives inside of us when we’re alive, and then gets released into the universe or goes up to heaven when we die (depending on your theology). Unfortunately there is no consistent usage of the term “soul” in the Christian tradition; nor has there been a council to establish an official doctrine. This has meant that a lot of Christians’ assumptions about the soul and life after death aren’t actually Biblical.

In this post, I am going to parallel two streams of thought regarding the soul and its relation to the body. In one, we shall see how Plato handed down something called “substance dualism”, and it asserts that the soul and the body are two separate entities, but it is only the soul that continues to exist after we die. This was modified and expanded by René Descartes, whose theory of mind famously dichotomised the immaterial “self” from the material body.

In the other stream of thought, we shall examine a Neo-Aristotelian view of the body and soul being “psychosomatic unities,” which was slightly modified but nevertheless taken up by Thomas Aquinas. As we shall see, this is actually much more in line with the Biblical view of resurrected life after death.

Overall, Plato regards the soul to be something that both pre-exists and outlives the body. He views the body as mortal, changeable, and pertains to sensible things. The soul, however, is immortal, invisible, constant, and has the capacities to contemplate higher realities (the Forms).

Crucial to Plato’s thought is that death is a good thing. While the soul is trapped in the body, it gets “confused and dizzy”; when the soul is liberated by death, it has the chance to gaze upon higher realities and contemplate truth. In life, the soul is weighed down by the body. In death, it is finally set free.

In other words: body is bad; soul is good. Death is therefore also good because it frees the soul from the (bad) body.

Almost two thousand years later, a guy called René Descartes took this stringent dualism further and modified it. His famous “turn to the subject” put the human mind at the centre of his philosophy. Importantly for Descartes, mind is the only thing we cannot doubt; unlike matter, which we can doubt.

His argument rests on the assumption that although someone can chop my body up, they cannot chop me up. So there must be a distinction between what is my body and what is me. Moreover, I can doubt my body but I can’t doubt that I exist, hence: “I think, therefore I am.”

Descartes is known for his method of “stripping back” in order to find the only thing that we can ever really know: that we have a sense of self, and this self is distinct from matter. So, in this line of thought, the soul is separate from the body, and when the body dies, the soul is not supposed to die with it.

To summarise his logic: if x and y are distinct, it follows that whatever happens to x does not necessarily happen to y. Therefore, if the body perishes (which pertains to matter), it does not follow that the soul (mind) perishes with it.

Seems legit, but what does the Bible say?

I am so glad you asked.

The Old Testament does not depict the soul as a floaty thing that  goes off into an afterlife while the body rots in the ground. Rather, human survival after death is depicted in bodily terms. Humans are viewed as psychosomatic unities, and life after death is pictured as a physical resurrection:

“Your dead shall live; their bodies shall rise.
You who dwell in the dust, awake and sing for joy!
For your dew is a dew of light,
and the earth will give birth to the dead.” – Isaiah 26:19

“And many of those who sleep in the dust of the earth shall awake, some to everlasting life, and some to shame and everlasting contempt.” – Daniel 12:2

Now check out the New Testament:

“…he who raised Christ Jesus from the dead will also give life to your mortal bodies through his Spirit who dwells in you.” – Romans 8:11

Jesus says that the soul AND body will be present in the afterlife:

“And do not fear those who kill the body but cannot kill the soul. Rather fear him who can destroy both soul and body in hell.” – Matthew 10:28

Paul also writes about a bodily resurrection in 1 Corinthians 15:

The sting of death is sin, and the power of sin is the law. But thanks be to God, who gives us the victory through our Lord Jesus Christ.” – vs 52-57

Thomas Aquinas does a really interesting commentary of 1 Corinthians 15.

Drawing also from Aristotle’s De Anima bk III, Thomas continues with the idea of humans being viewed as a hypostatic union between body and soul. Importantly for Thomas, we cannot “peel back” like in Descartes’ thought because to extrapolate the soul from the body is peculiar. Unlike varieties of substance dualism as we have seen in Plato and Descartes, what makes me me is not my soul, but rather a complex unity of my soul and my body.

It is important to note here that Thomas does agree with Plato that the soul can be separated from the body at death. What makes his thought different, is that this kind of separation is a bad thing. While Plato views death as a liberation for the soul, Thomas views death as a great evil. When the body dies, the soul lives in an impoverished state, which is a terrifying experience.

This is why the doctrine of the resurrection is so important. In the afterlife, the impoverished soul is given a body once more, and we have the hope that we will live again corporeally but transformed.

But why does this matter?

When God created the physical world, he said that it was good! He then made humans out of physical stuff and said that they were good! Material things are not lesser goods than immaterial things. Yes, our world is fallen right now. But the point of redemption is that God will restore our broken world, not zap it.

Christians ought not be ashamed of their physical selves. Our bodies are good things that we should love and look after, just like our souls. Both are important to God, and neither should be neglected.

I’ll leave it there for now, but here is a video of a puppy playing with a shoe, and my Dad’s spectacular running commentary.